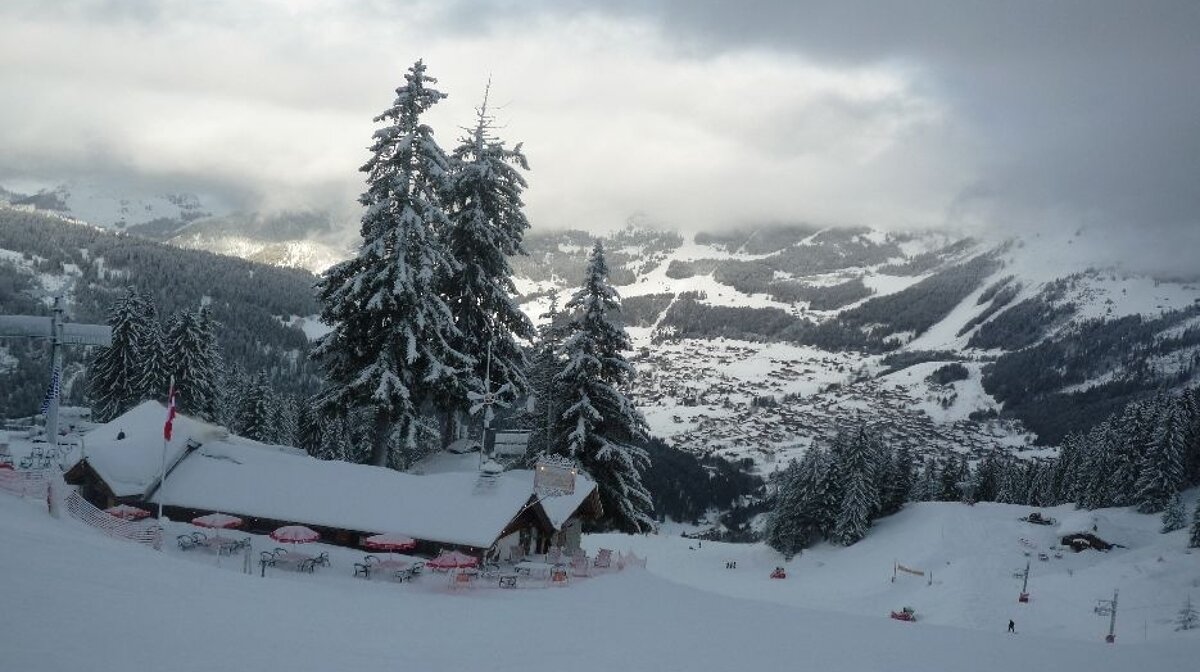 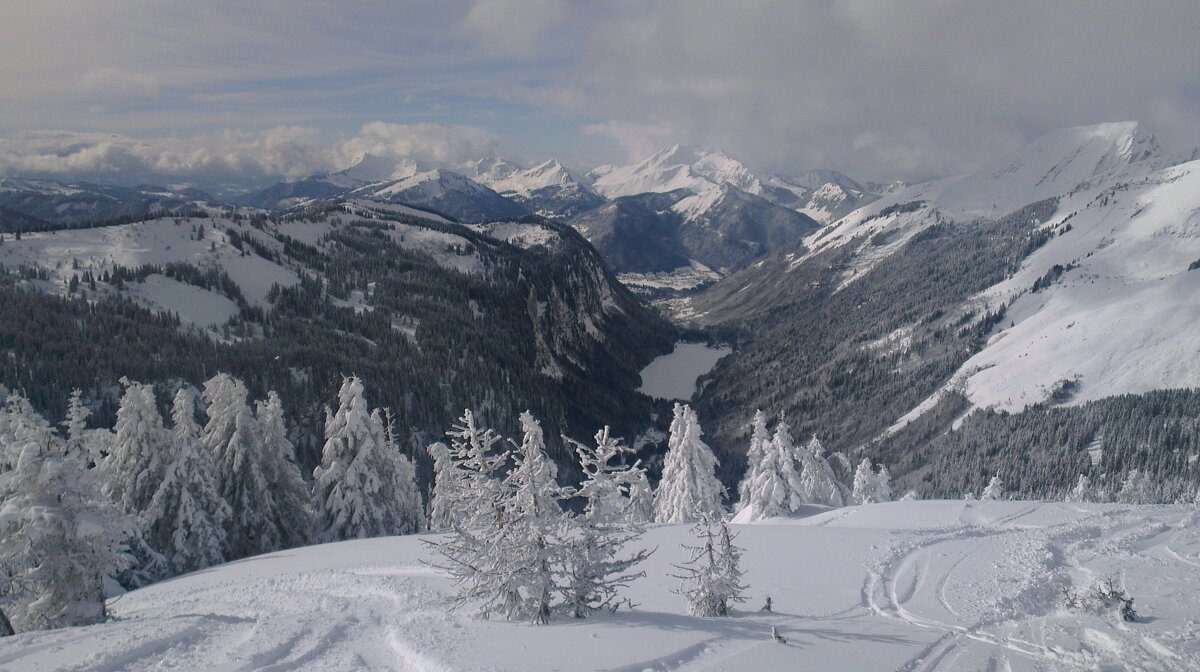 View to Chatel from Linga

trees and mountains covered in snow

Two distinct areas of the Portes du Soleil but two of the best after a heavy snowfall. There are great open powder fields in both sectors and even some gentle slopes to test snow-pack stability whilst still getting fresh turns.

From Avoriaz, the Châtel / Linga section of the Portes du Soleil is accessed via the TS Chaux Fleurie out of Linderets (see the piste maps). The Secteur is really two distinct geographies whereby Linga sits immediately the other side of the Col du Bassachaux ridge line.

Linga Ski Area
Linga offers some excellent terrain, a mixture of blues and reds but no blacks. However, some of the reds are extremely steep and are a challenge to more advanced skiers. Initially, there is a choice of four reds dropping down to Plain Dranse. If you are heading onwards to Combe then take the red to skiers right, Les Voraches, which drops you to the bottom of the TS de la Chaux-Rosées lift. The other three reds run further down the hill converging into one red run - Les Rochassons. A green also runs in the same direction but the red is fairly tame, both lead to the TS Pierre Longue which will return you to Plaine Dranse ready for onward exploration.

There is a red and two blues from the top of the TS de la Chaux-Rosées; La Perdrix Blanche, Les Blanchots and Les Blattins. The former is a fantastic canyon style run, with lots of little off piste excursions possible. All run, to a certain extent, under the lift line of the TS de Cornebois which will return you to the top for another go return you to Plaine Dranse for the trip home.

There are some great off-piste routes in the area too and nearly all are more or less lift accessed without the need to hike. From the top of Chaux Fleurie or Raochassons chairlift, depending on which side you are coming from, follow the ridge past the old Plaine Dranse Chairlift. There is then a short walk (10 mins if you are quite fit) to the summit. From here you can see Pre la Joux and Chatel in one direction and Lac du Montriond in the other. Both sides of this ridge have great powder fields and are popular local favourites after a dump.

Châtel Ski Area
Continue further afield towards Châtel using the TS des Combes lift. From here you can do a top to bottom super steep long drop all the way into Villapeyron down the red Le Linga which turns into the Stade du Slalom near the bottom. For those a little less inclined to super steep reds then there is a blue cat track to the edge of the steeper sections of red run and a full-scale blue from the two-thirds point – La Leiche.

If you have been repeating any runs at this point and want to explore further into Châtel catch the lifts which link Avoriaz and the Swiss side of the region. Hop onto the Gabelou chair and then immediately onto the Portes du Soleil lift. It’s quite a long ride but skirts you round the edge of Chatel which means there’s no longer a need to catch the bus! There are multiple blues, reds and blacks in the area but also a huge number of button lifts! Chatel also has some of the best freestyle modules in their park, including an airbag and modules used in the Nike Chosen Series.

From the top of the Morclan Chairlift there are also some great powder fields that tend not to get tracked as fast as the runs around the busier resorts of Morzine, Avoriaz and Les Gets, but be careful as the access into the routes requires finding your way through some trees and over a small rock band.

From Chatel, you can also explore further afield into Torgon on the edge of the Portes du Soleil but don't spend too much time there as missing the last lift back to Lindarets will mean an expensive taxi ride home.